It is important to understand what is going on within our networks. The Equation Group Kaspersky Report February 2 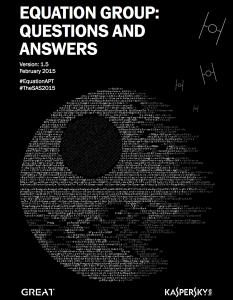 015 is a very interesting read.