“Few (senior leaders) have adequate background to understand and lead wide-scale changes that are technology enabled.  They have developed enough of a foundation in most functional areas to be able to probe, push, form a point of view, and make informed decisions.  However, when faced with discussions and decisions in the area of information technology, their eyes quickly glaze over and they hope their IT organizations or consultants get it right.” - Blind Spot: A leaders Guide to IT-Enabled Business Transformation by Charlie Feld

I feel Charlie Feld summed up this non-unique problem the U.S. Navy suffers from quite nicely.  A problem that is only becoming more and more difficult to do anything about.  There are less and less opportunities for leaders to anything outside of the norm which has become probing, pushing, and forming a point of view (notice I left out making decisions).  It seems status quo is how our U.S. Government will fail… without a fight, being boxed in from every side until there is no longer any room to maneuver.  The entire operating space became a choke point while everyone was watching… even participating in its creation.

Housing, Healthcare and  Education costs have grown disproportional over the last several decades.  This isn’t because we’ve made things so much better.  It is due to us failing to allow the free market to be truly free.  The leaders as individuals in the daily throws probe, push, and form that point of view which turns out to be wrong whereas a market of millions and billions of people rarely makes such mistake.

This is why entities like X Prize and Y Combinator and products like Nest (really Honeywell? Your off white uninspired drab doesn’t compare).  These things knock down the walls of greed and status quo individuals and interests build to simply protect themselves.  But what these individuals and interests fail to adequately do is recognize change and accept it for the improvement of a business sector, the Nation, or even humankind.

I’ve talked about the Art of Expendable.  I want my job to be taken over by something else.  Let some Automaton do it.  I’ll adapt before it occurs; if I don’t I wasn’t paying enough attention.  I’ll relish more important work.  Our grandparents saved much more than we did, not because they feared another recession like we’ve experienced but because they wanted to be able ensure that if they missed that change they’d have a bit of cushion to allow them to adapt.

Adapt or Die (very slowly and painfully, while whining why your industry that perished 40 years ago should still exist).

The Making of Likeonomics [Education]

The Making of Likeonomics - How To Sell And Write A Book

I’m a fan of any individual who is comfortable and confident enough to openly share their work.  Obviously this is done when anyone writes a book, blog, paper or even video.  What you don’t often see are those individuals who unwrap the creation difficulties and challenges they faced while producing their work to let people see “how the sausage gets made” as it were.Now clearly Likeonomics author, Rohit Bhargava, has shared this in a strategically wise fashion.  He has opened up how he produced his book in order to entice you to purchase and read it.  For me that kind of marketing works.  I’ve migrated to reading books because I know more about and like the author to some degree than possibly the specific story.  His brief presentation above shares both the enticing introduction to his book but also his process and struggles with which the book was created.  As someone working on writing a thesis report this hit home and I recognized several of the challenges he faced. 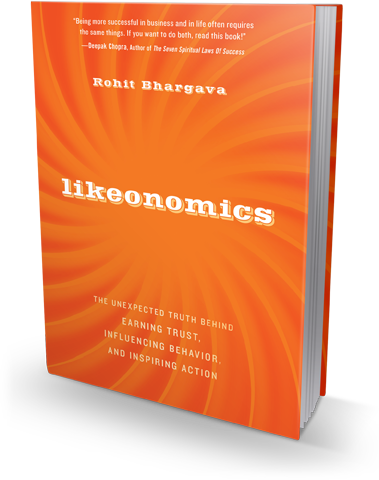 It also reassures me that rarely do people, even great people, accomplish great things on their own.  We’re better with others more often then not and this reminds me of that.  I’m also interested in understanding the authors 5 big insights:
Advertising or not, I intend to check out his book!
[available via Amazon 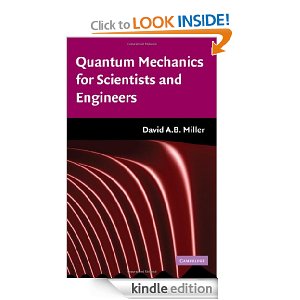 One thing that is coming in the future is Quantum Computing.  But if you are going to delve into that arena it might help to actually know and learn about Quantum Mechanics.  Amazon has (Stanford) Professor David A.B. Miller’s Book Quantum Mechanics for Scientists and Engineers (Classroom Resource Materials)

form. I consider this a great bang for your buck and education dollar as the hardcopy runs $80.