Currently viewing the tag: "US"

Valve’s Handbook (of Half Life and Left 4 Dead notoriety) for New Employees was let loose recently on the Internet.  So as any good Cyber geek I had to take a look at this fine software makers internal thought process.  I must say their thinking is quite impressive and shows how they’ve come so far in the relatively short time they’ve been a company.  There are several connections and similarities, between Valve and the U.S. Navy & U.S. Military, I see that I’d like to expound on.

“Flatland” Empowerment - This picture says everything about the organization.  Challenges the legacy regime of full hierarchy of an organization and empowers every individual to ensure they represent the company.  The Navy, like it’s sister services, attempts to place the responsibility upon each of it’s members while maintaining the organizational hierarchy.  More than any time in history we are seeing young people fully engaged on a global scale and making a massive difference in the world, yet numerous leaders discount this impressive untapped resource and capability.

“We’ve heard that other companies have people allocate a percentage of their time to self-directed projects. At Valve, that percentage is 100.” - Valve Handbook for New Employees

Risk - Failure as a “massive learning” experience mentality.  With Valve they are taught to make predictions and anticipate nasty outcomes as we are with the Military (at some level -not every individual unfortunately).  “What would I expect if I’m right?”  and “What would I expect if I’m wrong?” are two main mantras each individual is trained to understand and embrace.  Then ensure they bounce these ideas and possibilities off of each other to ensure they match reality.  Too often within our Navy there is a fear of embarrassing situations instead of fearlessness.

Peer Reviews & Stack ranking (and compensation) - The Navy has operated off a supervisory review model for it’s entire history.  Yes it leaves a bit up to navigating the peer environment, a possible ranking board for recommendation by mid-level supervisors to Senior raters, or solely up to the Senior rater to ensure success.  In my short time with the Navy I’ve yet to see any peer ranking taken into account in the overall review process.  I think this would ensure a bit more interaction between peers.  I know I’ve seen issues both within my peer group and higher levels.  I think this has the ability to remove the “ego effect” or “negative personality”  component out of the peer interaction level and make us, the Navy, significantly more effective.  I would also change the bonus structure within the Navy.  It would shift from solely role based (Nuclear power, Aviation, Surface Warfare) to key role and performance hybrid.  I know too many individuals that “try” merely to achieve a locked in bonus then significantly “relax” once it’s obtained.  This isn’t how a bonus structure should operate nor should it be how our tax dollars are expended.  I do like how their ranking structure is broken out:

We believe that high-performance people are generally self-improving. - Valve Handbook for New Employees

Employee Development consists of these mantras:

It is as simple as that.  I believe this is just like what I’ve experienced at Carnegie Mellon University.  Everyone needs to understand how programming works if not program themselves.  This self improving mantra is very much like that I’ve seen in the U.S. Military and Navy.  Those that can effectively educate themselves to ensure they have the correct balance at the time and through their career are often the most successful.

Hiring - If you haven’t noticed the U.S. Military isn’t having any issues with hiring, firing or retention.  We’re full up actually.  But are we being selective enough in this period?  I don’t believe we are and believe that we could be adjusting better to meet our current and future needs in a much better fashion.  We’re in a period where we’ve not adjusted fast enough and have already had to separate individuals because of it through Enlisted Review Boards (ERB) and a similar Officer separation program.

Lastly I’ll leave you with a final image.  It represents the main similarity between the Military, Navy and Valve.  But too often we’re allowing our people within the Navy to forget their expertise and default to the wide general areas.  This cannot continue into this more stringent and efficiency based era. 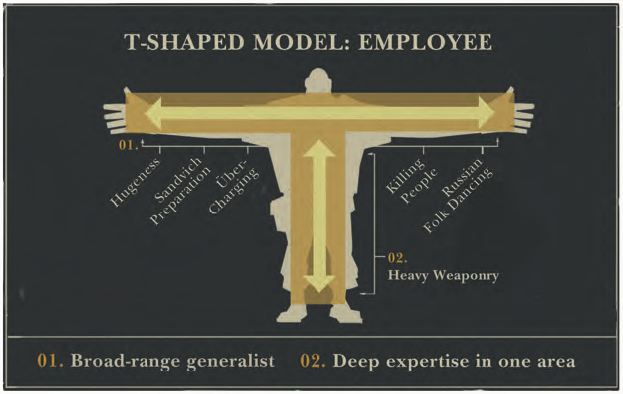 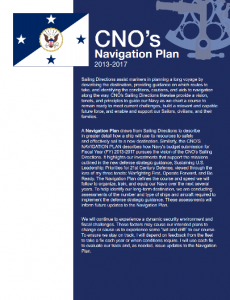 Winners and losers in the fiscal 2013 budget [Acquisition]

Defense Systems has a decent summary of the major military programs affect by the recent FY13 budget submission.  Titled “Winners and losers in the fiscal 2013 budget” it highlights the following for each service:

The hardest part about all of these changes is the adjustment.  The Defense Industrial Base must flex in order to ensure those programs that are designated to provide capability longer must be examined to ensure fatigue and extended failure does not adversely limit their mission up time ability.  Likewise those entities with program that were cut will immediately request reassessment and ultimately reduce their workforce or reorganize and retask. This is not an easy task but it is the contractor’s role.  The intention when utilizing contractors is for this very purpose.  The entities within the Government and Military will also require retasking which is much harder to effectively achieve.

This reexamination is not much different then when I strive to get more and more effective dollar out of my diesel VW Jetta.  At 150,000 miles there is maintenance to be done but there is no need to purchase a new vehicle when the current one is providing all the capabilities required.  The difference is the human element and that should always be handled with care.

In the end there are no “Winners” or “Losers” but the goal is better efficiency and effectiveness.  If this is achieved at least you can look a taxpayer in the eye with confidence you maximized every dollar they provided.