An Electromagnetic Pulse (EMP) is not a Cyber Weapon [Cyber Warfare] 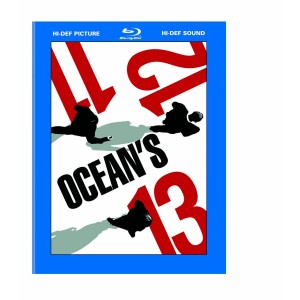 deal for $13.99 that Amazon has today and remembered the “Pinch” in Ocean’s Eleven.  It also reminded me of one of the discussion points of the recent Security Jam in which I participated.  So with that let’s take a look at a real “Pinch.”

“Electromagnetic Pulse (EMP) is an instantaneous, intense energy field that can overload or disrupt at a distance numerous electrical systems and high technology microcircuits, which are especially sensitive to power surges. A large scale EMP effect can be produced by a single nuclear explosion detonated high in the atmosphere. This method is referred to as High-Altitude EMP (HEMP). A similar, smaller-scale EMP effect can be created using non-nuclear devices with powerful batteries or reactive chemicals. This method is called High Power Microwave (HPM).” - Clay Wilson (report above)

One of the discussion topics argued that an EMP was a Cyber Weapon; I completely disagree.  With that said the following is a quick excerpt of my comments on that argument:

I’d like to point out that previous attacks on Cyberspace have come from the physical medium and will continue to come mainly from that environment, in a Military context, more often than not.  A 500lb kinetic bomb on the power station and backup generators will create a similar effect on a targeted aspect of Cyberspace.  An EMP weapon would be just as difficult to use as a Cyberspace based weapon.  The boundaries of an EMP weapon’s effect are not easily identifiable, the verification of the desired result difficult to determine, and when used poorly can create significant 2nd and 3rd order detrimental effects.

I would list an EMP in the Electronic Warfare (EW) arsenal with potential and probable Cyberspace effects.  Justification for this would be that much of the Cyberspace focus is on Computer Network Attack, Exploitation, and Defense.  An EMP weapon will have significant ramification on the infrastructure to conduct these missions but will also wreak havoc on the Electromagnetic Spectrum.

A focus on adding an EMP capability to the arsenal would foster and require the continued development and implementation of hardened electronic suites.  This is extremely costly and would require reviews of both the DoD infrastructure as well as the National Critical Infrastructure to determine hardening requirements.

EMP is an EW weapon with Cyberspace effects.  A Cyberspace weapon comes from within Cyberspace.  Try not to blur the lines simply because Cyber is the popular term of the moment.

So what do you think?