They say the older a man gets - My favorite Quote from Discovery's Klondike - A Cyber Fellow
Xbox Live Deal (Xbox One or Xbox 360) for $39.99 [Deals] You can’t get there if you don’t start! [Achievement] 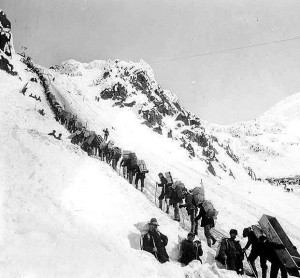 They say the older a man gets…

I finished watching Klondike, the Discovery Channel’s first scripted television show.  I enjoyed it.  Several have said it had similarities to Game of Thrones and I would agree to a point.  There were quite a few good one-liners in the 3 part series (each part with a running time of two hours), but below is my favorite quote from Klondike.

They say the older a man gets, the more knowledge he accumulates. Dirties the view of the world. Bunch of stuff in your head that takes away the innocence. -Bill Haskell (actor Richard Madden)

I haven’t found a consolidated few sentences which expresses the loss of innocence in a persons life better than these three.  Thought I’d share, please do the same!

quote from klondike discovery
"Error 403: Your IP is being rate limited by Twitter." — ACyberFellow