A colleague recently shared with me, A Season to Streak, an article in Runners World magazine.  The article primarily focuses on performing a run streak from Thanksgiving into the New Year.  I had heard of this before.  In fact, my best friend had done this before.  I was reminded that my buddy had done a 5K everyday over that period one year.  But what stuck out in this article was the following line:

“He runs every day. By that I mean he literally runs every single day without skipping for any reason, ever. He has laced up and headed outside to run through hurricanes, blizzards, lightning storms, ice storms, heat waves, hangovers, flus, fevers, sprains, tears, broken toes, broken fingers, broken ribs, and every imaginable family and professional obligation for the past 21 years.” -A Season to Streak, Runners World 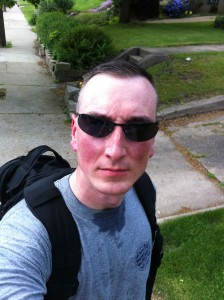 With run streaking in mind and as I just started transitioning to a new job within my company, I thought I’d start my own streak.  The only run streaking rule - one mile is the minimum valid distance.

My run streaking has been challenged by my poor planning and a plethora of excuses; ending at two runs in a row three times in the last two weeks not anywhere near the 7670 consecutive days which the individual in the article has managed to amass.  Between family priorities, business travel, and frigid weather, I’ve only managed to scratch the surface of the bank of excuses an individual can leverage to put failure first when run streaking.

Where does my run streaking stand - three days in a row.  I’ve failed three times, but I’ve run more in the last two weeks than I have in months.  I’ve also already noticed a bit of improvement.  On each of the last two days I’ve run a 5K distance, I’ve accomplished a new “fastest 5K” which encompasses the last several years.   I’ve become better at preventing excuses interfering with exercise.  So while my own run streaking is only at three, I’m feeling better and improving daily.  Will I ever enter the astronomical run streaking levels in the thousands… I’m going to keep doing it!

(1Feb14 Update) I racked up 100 miles in the month of January 2014; This included two individually run half marathons.  I was even welcomed to Blue the 1,000km mark on the Nike Plus application.