I’ve started to do a bit of gearing up so I wanted to post about my emerging hobby, vlogging and podcasting.  I continue to watch, like most people, the massive boom in video production and the commoditization of video creation equipment (DSLRs, HD Cameras, Editing Software, etc.).While I’ve been thinking about this for at least the past year, the change was spurred on by the Auto Focus (AF) failure of the Canon EF-S 18-55mm f/3.5-5.6 IS Lens.  We’ve had the lens for more than 5 years and its autofocus started failing.  Like anything that we purchase I started to look into a replacement lens.  We ended up settling on a Tamron AF 17-50mm

to pair with our Canon T3i. This post serves as a round up for most of the gear I’ve collected as a podcast setup for a home studio setup. 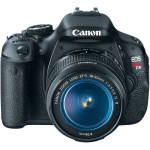 (itself about to be replaced).  We originally bought the Rebel Xsi version of this T3i Kit

.  From there we upgraded the T3i Body

and kept the lenses.  The Canon T3i does have a cropped sensor (not full frame) but for the apprentice level it more than meets my requirements.  For video recording its LCD is able to rotate out and reverse in order to see the shot while recording, I find this extremely helpful.

is a massive improvement over the kit lens and we’re extremely happy with having selected this lens.

or “Nifty 50” as it is called is an excellent portrait lens.  Since it is a “prime” lens (no zoom) it is exceptionally fast and comes with a great F stop.

is an excellent option to provide a significant light boost for better lighting during video creation.  The throw on this light is quite a bit and the dim feature helps afford a great dial in of light level.

allows for a bit of remote start and stop of video without messing with the camera itself and prevents any vibration “hitting the button” might create.

serves to tidy up the lenses after a bit of use.

Tripod - Everyone needs a good Tripod

!  Get a fairly tall one for versatility- especially if you’re a bit taller than average!

So for the individuals that are leaps and bounds beyond my amateur abilities, I would love to hear what you use and recommend?!  What are you looking forward to adding to your gear list? Hit me in the comments!

"RT @wired: Recent Top Stories: Tuition at Learn-to-Code Boot Camp Is Free — Until You Get a Job http://t.co/bRrDe3CZl8" — ACyberFellow 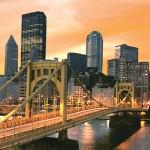 How to run your first Marathon [Mentorship]