The Prototype Movie (2013) by Andrew Will is one of the best coming films Sci-Fi movies to look forward to in 2013.  If you are not aware of my affinity for Kurzweil’s work then you aren’t paying attention and need to catch up on some reading, especially Abundance.  I enjoy a good movie, but I love a great “thinking” movie, I’m hoping for the later in the Prototype movie.  Look past the normal Hollywood facade. 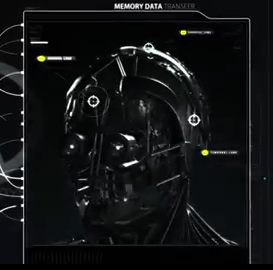 What are your concerns when there is a fully aware Artificial Intelligence (AI) Robotic being roaming the Earth?  It is not so very far off.  LS3 aka “Big Dog” has been in development for years now and has a exceptionally fast cousin.  Obviously being led by the defense sector this places The Prototype movie in a significant realistic setting in the next several years.  Add the adaptation of technology and its blending with human capabilities, which Kurzweil discusses (think ’s Glass Project), and you’re not so very far from his described Singularity.

The interesting component of the Prototype movie is the massive amount of work required to make these things realistic.  Over the past year I’ve seen several of the leading technologies and their current status.  There are so many different applications for nearly every component capability which enables a Singularity entity that the concern could be that the date at which the Singularity actually occurs will be delayed by distraction of other markets beyond that which would directly contribute to the occurrence of the Singularity.

One thing is for sure - I’m excited to see and think through the Prototype movie!

I’ve seen these Wave Glider Robots in the news and they were highlighted during the Discovery Channel’s Shark Week.  Researchers have been using them to track and transmit the significant amount of information collected from tagged Great White sharks.  These sea going robots are only the beginning for the change in the deep penetration of the ocean and sea domain.  Being able to track and collect data autonomously from the ocean will unlock significant areas of additional exploration for the next several decades. 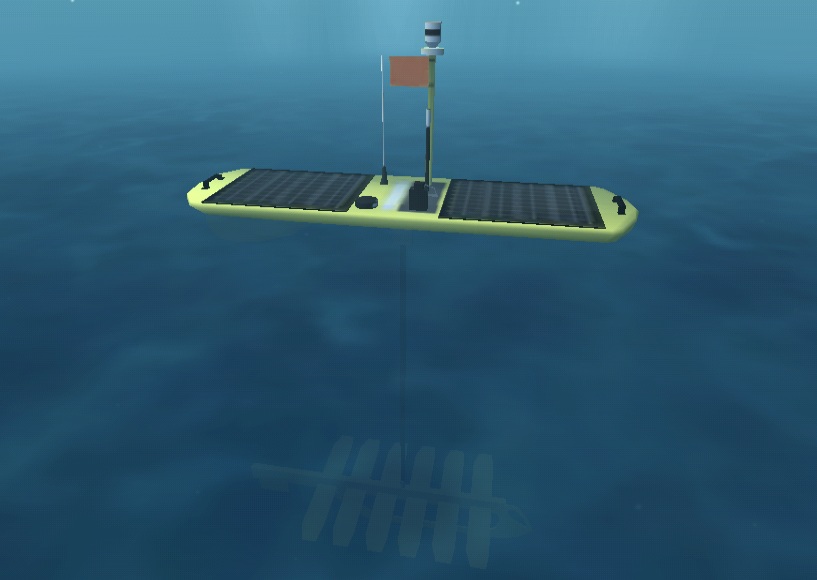 Clearly there are massive ramifications for my Oceanography counterparts in the direct sensors and data collection.  But from a communicators perspective there are significant additional ramifications.  Most individuals have experienced the lack of network penetration while sailing aboard their favorite Cruise-liner in a distant vacation hot spot.  The wave gliders are already equipped with traditional 802.11 wireless, have GSM for further from shore operations, then shift to BGAN, and Iridium as a final communication capability.  Obviously it would need to be slightly modified for mesh network use but if wave gliders were equipped with the ability to create a mesh network infrastructure it would be massively significant.   By using wave bots programmed for station keeping  they could create this physical mesh network.  This would be similar to the much larger anchored navigational buoy’s which have been the maritime technology of choice for nearly a century.

Yet with the Wave Gliders ability to travel without fuel requirements, beyond that of solar and wave power both of which are fully renewable, these bots can become effectively anchored throughout the ocean.  Imagine what could be collected, processed, and analyzed from that point?  Much more than shark tracking - however awesome!

If you’re a fan of Shark Week like I am, check out the 4D Shark Anatomy Puzzle

I’ve watched the items developed for DARPA for several years.  The BigDog robot was able to impressively handle major terrain grades while hauling a significant load.  Enter the Cheetah.

It is able to move at a very significant pace - video shows it entering the 18 MPH region besting the 1989 record of 13.1 MPH.  You can see that the robot is tethered (probably for station keeping).  What I’m interested in are the power requirements and endurance for this beast.  From there I’ll know my design restrictions for integrating it into a network and providing it communications. 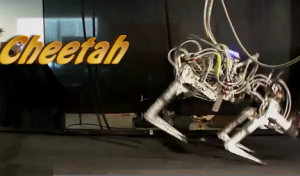 It will be interesting to see what form the power plant for Cheetah takes on.  I’d hope that it incorporates renewable fuel to the maximum degree.  I could see Cheetah using solar for long period recharges, plugin for rapid charging, or a biodiesel reserve to provide that extended long run.  I’m sure the Maximum Mobility and Manipulation (M3) team has quite a few challenges remaining but it is great to see the progress made thus far.