The 2016 China Pentagon Report is below. 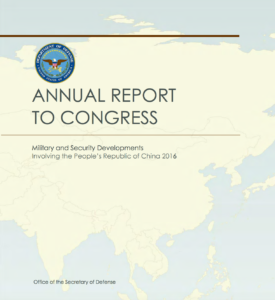 The 2016 China Pentagon Report is an interesting read.  You can read it above via the PDF or simply review the content highlights below.

Chapter 1: Annual Update
Chapter 2: Understanding China’s Strategy
Chapter 3: Force Modernization Goals and Trends
Chapter 4: Resources for Force Modernization
Chapter 5: Force Modernization for a Taiwan Contingency
Chapter 6: U.S.-China Military-to-Military Contacts
Special Topic: Political Work in the People’s Liberation Army
Appendix I: Military-to-Military Exchanges
Appendix II: China and Taiwan Forces Data
Appendix III: Memorandum of Understanding Between the Department of Defense of the United States of America and the Ministry of National Defense of the People’s Republic of China Regarding the Rules of Behavior for Safety of Air and Maritime Encounters
Appendix IV: Memorandum of Understanding Between the United States of America Department of Defense and the People’s Republic of China Ministry of National Defense on Notification of Major Military Activities Confidence-Building Measures Mechanism

The long-term, comprehensive modernization of the armed forces of the People’s Republic of China (PRC) entered a new phase in 2015 as China unveiled sweeping organizational reforms to overhaul the entire military structure. These reforms aim to strengthen the Chinese Communist Party’s (CCP) control over the military, enhance the PLA’s ability to conduct joint operations, and improve its ability to fight short-duration, high-intensity regional conflicts at greater distances from the Chinese mainland. China’s leaders seek ways to leverage China’s growing military, diplomatic, and economic clout to advance its ambitions to establish regional preeminence and expand its international influence. Chinese leaders have characterized modernization of the People’s Liberation Army (PLA) as essential to achieving great power status and what Chinese President Xi Jinping calls the “China Dream” of national rejuvenation. They portray a strong military as critical to advancing Chinese interests, preventing other countries from taking steps that would damage those interests, and ensuring that China can defend itself and its sovereignty claims.

China demonstrated a willingness to tolerate higher levels of tension in the pursuit of its interests, especially in pursuit of its territorial claims in the East and South China Sea; however, China still seeks to avoid direct and explicit conflict with the United States. China’s leaders understand that instability or conflict would jeopardize the peaceful external environment that has enabled China’s economic development, which is central to the perpetuation of the CCP’s domestic legitimacy. In the near-term, China is using coercive tactics short of armed conflict, such as the use of law enforcement vessels to enforce maritime claims, to advance their interests in ways that are calculated to fall below the threshold of provoking conflict.

In the long term, Chinese leaders are focused on developing the capabilities they deem necessary to deter or defeat adversary power projection and counter third-party—including U.S.—intervention during a crisis or conflict. China’s military modernization is producing capabilities that have the potential to reduce core U.S. military technological advantages. China’s officially-disclosed military budget grew at an average of 9.8 percent per year in inflation-adjusted terms from 2006 through 2015, and Chinese leaders seem committed to sustaining defense spending growth for the foreseeable future, even as China’s economic growth decelerates.

The PRC continues to focus on preparing for potential conflict in the Taiwan Strait, but additional missions, such as contingencies in the East and South China Seas and on the Korean peninsula, are increasingly important to the PLA. Moreover, as China’s global footprint and international interests grow, its military modernization program has become more focused on investments and infrastructure to support a range of missions beyond China’s periphery, including power projection, sea lane security, counterpiracy, peacekeeping, and humanitarian assistance/disaster relief (HA/DR). PLA global operations in 2015 included counterpiracy patrols, humanitarian assistance and disaster relief, exercises, and sea lane security operations. China’s November 2015 public confirmation of its intention to build its first overseas military support facility in Djibouti likely reflects this more global outlook, as it will be utilized to sustain the PLA Navy’s operations at greater distances from China.

Despite the PLA’s gains over the last two decades, its modernization program faces challenges. The organizational reforms unveiled by the leadership are part of a broader effort by President Xi to address the PLA’s deficiencies, such as corruption. Since Xi took power in 2012, more than forty senior officers have fallen in a wide-ranging anticorruption campaign that last year ensnared the former top officer in the PLA. Moreover, Xi’s slogan exhorting the PLA to prepare to “fight and win” battles implies that the leadership is concerned about how the PLA, which has not fought a war in more than thirty years, would fare in combat.

The Department of Defense (DoD) approach to China is part of a broader U.S. strategy for the Asia-Pacific region that is focused on ensuring and building upon a stable and diversified security order, an open and transparent economic order, and a liberal political order. Combined, these factors have contributed to the peace and prosperity of the entire region since the end of the Second World War, directly benefiting China and its neighbors. U.S. policy toward China is based on the premise that it is in both our countries’ interests to deepen practical cooperation in areas where our countries’ interests overlap, while constructively managing differences.

Sustaining positive momentum in the militaryto-military relationship supports U.S. policy objectives to encourage China to uphold international rules and norms and to contribute positively to resolving regional and global problems. DoD seeks to continue building a military-to-military relationship with China that is sustained and substantive. DoD will continue to focus on enhancing risk reduction measures that diminish the potential for incidents or miscalculation, and encourage China to contribute constructively to efforts to maintain peace and stability with the United States, our allies and partners, and the greater international community.

While the United States builds a stronger military-to-military relationship with China, DoD will also continue to monitor and adapt to China’s evolving military strategy, doctrine, and force development, and encourage China to be more transparent about its military modernization program. The United States will adapt its forces, posture, investments, and operational concepts to ensure it retains the ability to defend the homeland, deter aggression, protect our allies, and preserve a principled regional order founded in international law and norms that benefit all countries equally.

The 2016 China Pentagon Report can be found at Defense.gov under publications. 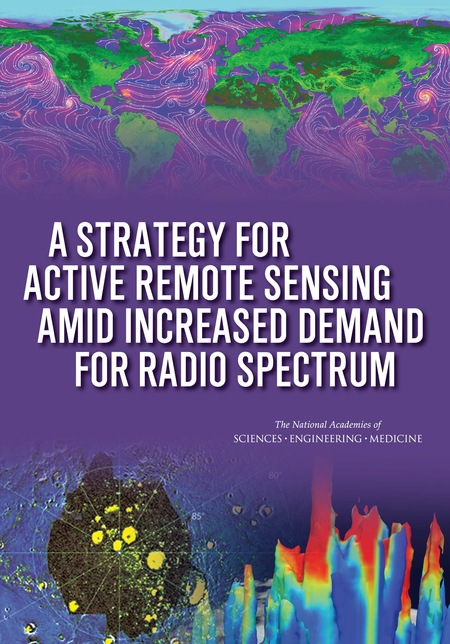 Active remote sensing is the principal tool used to study and to predict short- and long-term changes in the environment of Earth - the atmosphere, the oceans and the land surfaces - as well as the near space environment of Earth. All of these measurements are essential to understanding terrestrial weather, climate change, space weather hazards, and threats from asteroids. Active remote sensing measurements are of inestimable benefit to society, as we pursue the development of a technological civilization that is economically viable, and seek to maintain the quality of our life. A Strategy for Active Remote Sensing Amid Increased Demand for Spectrum describes the threats, both current and future, to the effective use of the electromagnetic spectrum required for active remote sensing. This report offers specific recommendations for protecting and making effective use of the spectrum required for active remote sensing. 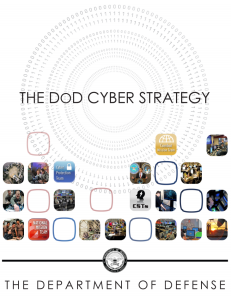 3. Be prepared to defend the U.S. homeland and U.S. vital interests from disruptive or destructive cyberattacks of significant consequence;

4. Build and maintain viable cyber options and plan to use those options to control conflict escalation and to shape the conflict environment at all stages;