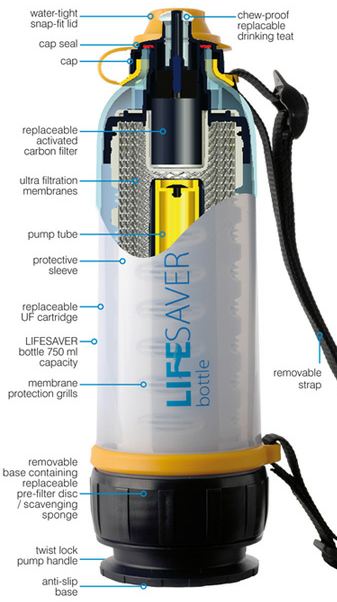 I went and saw the movie Battleship. The U.S. Navy had a decent public relations campaign with the creators of the movie; I think a better PR campaign could have been accomplished by simply using the money more wisely. Knowing that the movie is based on a classic board game should frame most individuals expectations. Yet checking out reviews of the movie it is getting panned for poor acting, military personification, and storyline. But one of the comments I read was about what else could have been done with the estimated $200,000,000 that was spent making this film.

I’ve been reading through the book Abundance (a great read by the way) and have a few thoughts on how to do a better job with the $200 million dollars that was spent making Battleship.

I’ve talked about the Goal Zero Yeti- At $2,000 a piece for the Yeti Solar Generator Kit

you could have provided remote portions of the world that have little power resources a few of these, each.  That’s right - we could have purchased 100,000 of the Yeti Solar Generator Kit

.  That would provide 120 Megawatts of distributed solar power to a significant amount of people that need it to ensure they have the ability to sanitize water, keep medical supplies cold, and maintain communication (I recommend reading Abundance

to get a picture of what the cascading effects).  I’d even wager to say that with that buying power Goal Zero would provide a free Light-a-Life with each kit.  They are already working with the Village of Bwe in the Congo in Central Africa through Tifie.

Lifesaver- First take a watch of Michael Pritchard’s TED presentation.  At $149 for a Lifesaver Bottle

plus an extra Lifesaver Filter

($99) the $200M could have provided 800,000 Bottles+Refill cartridge packs.  This equates to providing 6.4 Billion Liters of clean water to those that still struggle with this significant part of life.  This knocks down the waterborne disease problems that pose life threatening dangers.  If you wanted to go a bit bigger with the water container you could use the Lifesaver JerryCan

with a 20,000 Liter Capacity and for the same $200M you’d provide the ability to filter 8.8 Billion Liters of clean water (again looking for the big picture - Abundance

Want a Big Idea?  If you want the Navy to be in the spotlight - hand these filters and generators to us!  I guarantee that not only the Navy will be in the spot light but the organization that does will be too! And not in the kind of spotlight that the movie Battleship provided.  That would be “A Global Force for Good!”

I wish I wouldn’t have spent the $5 that it cost to see the movie knowing this information. It’s really our choice - why not make a better one?

While not super keen on forgetting all that our race has built I do enjoy this future vision snapshot of humanity. There are quite a few truths in it with the failures of the human race.  While no one can foresee exactly where we’ll be we can say that we won’t predict it very well (addressed in The Singularity is Near) and we’ll waste valuable resources solving the useless (discussed heavily in Abundance).

In this New Era in the year 2045 what would Big Ideas would you like to see solved?  Do you think we’ll have the Artilect Wars between now and then or can we avoid them?  Will Cyber evolve how we believe and will we have the Cyber Pearl Harbor that individuals are concerned with today?

2013-2014. New centers working on cybernetic technologies for the development of radical life extension rise. The ‘race for immortality’ starts.

2015-2020. The Avatar is created — A robotic human copy controlled by thought via ‘brain-computer’ interface. It becomes as popular as a car.

2020. In Russia and in the world appear — in testing mode — several breakthrough projects:
Android robots replace people in manufacturing tasks; android robot servants for every home; thought-controlled Avatars to provide telepresence in any place of the world and abolish the need business trips; flying cars; thought driven mobile communications built into the body or sprayed onto the skin.

2020-2025. An autonomous system providing life support for the brain and allowing it interaction with the environment is created. The brain is transplanted into an Avatar B. With Avatar B man receives new, expanded life.

2025. The new generation of Avatars provides complete transmission of sensations from all five sensory robot organs to the operator.

2035. The first successful attempt to transfer one’s personality to an alternative carrier. The epoch of cybernetic immortality begins.

2040-2050. Bodies made of nanorobots that can take any shape arise alongside hologram bodies.

2045-2050. Drastic changes in social structure, and in scientific and technological development. All the
for space expansion are established.
For the man of the future, war and violence are unacceptable. The main priority of his development is spiritual self-improvement.

A new era dawns: The era of neohumanity.

“Few (senior leaders) have adequate background to understand and lead wide-scale changes that are technology enabled.  They have developed enough of a foundation in most functional areas to be able to probe, push, form a point of view, and make informed decisions.  However, when faced with discussions and decisions in the area of information technology, their eyes quickly glaze over and they hope their IT organizations or consultants get it right.” - Blind Spot: A leaders Guide to IT-Enabled Business Transformation by Charlie Feld

I feel Charlie Feld summed up this non-unique problem the U.S. Navy suffers from quite nicely.  A problem that is only becoming more and more difficult to do anything about.  There are less and less opportunities for leaders to anything outside of the norm which has become probing, pushing, and forming a point of view (notice I left out making decisions).  It seems status quo is how our U.S. Government will fail… without a fight, being boxed in from every side until there is no longer any room to maneuver.  The entire operating space became a choke point while everyone was watching… even participating in its creation.

Housing, Healthcare and  Education costs have grown disproportional over the last several decades.  This isn’t because we’ve made things so much better.  It is due to us failing to allow the free market to be truly free.  The leaders as individuals in the daily throws probe, push, and form that point of view which turns out to be wrong whereas a market of millions and billions of people rarely makes such mistake.

This is why entities like X Prize and Y Combinator and products like Nest (really Honeywell? Your off white uninspired drab doesn’t compare).  These things knock down the walls of greed and status quo individuals and interests build to simply protect themselves.  But what these individuals and interests fail to adequately do is recognize change and accept it for the improvement of a business sector, the Nation, or even humankind.

I’ve talked about the Art of Expendable.  I want my job to be taken over by something else.  Let some Automaton do it.  I’ll adapt before it occurs; if I don’t I wasn’t paying enough attention.  I’ll relish more important work.  Our grandparents saved much more than we did, not because they feared another recession like we’ve experienced but because they wanted to be able ensure that if they missed that change they’d have a bit of cushion to allow them to adapt.

Adapt or Die (very slowly and painfully, while whining why your industry that perished 40 years ago should still exist).