On April 7, 2013, I ran the Cherry Blossom Ten Miler Race along with about 17,000 other people.  I dressed a bit differently than most.  I had a lite windbreaker on but underneath it I wore a GoPro HERO3: Black Edition

attached to the Chest Mount Harness

.  The zipped up windbreaker masked the fact that I was wearing the camera pretty well.  When I met my colleagues who were running the race they, as expected, looked at me as if I had a third head.  Clearly they had not yet experienced the full power of my Geekery… However, I was happy to hang out with a bunch of Predictive Battlespace Specialists (ETA - 2025).  At least one individual I know likes the new name… 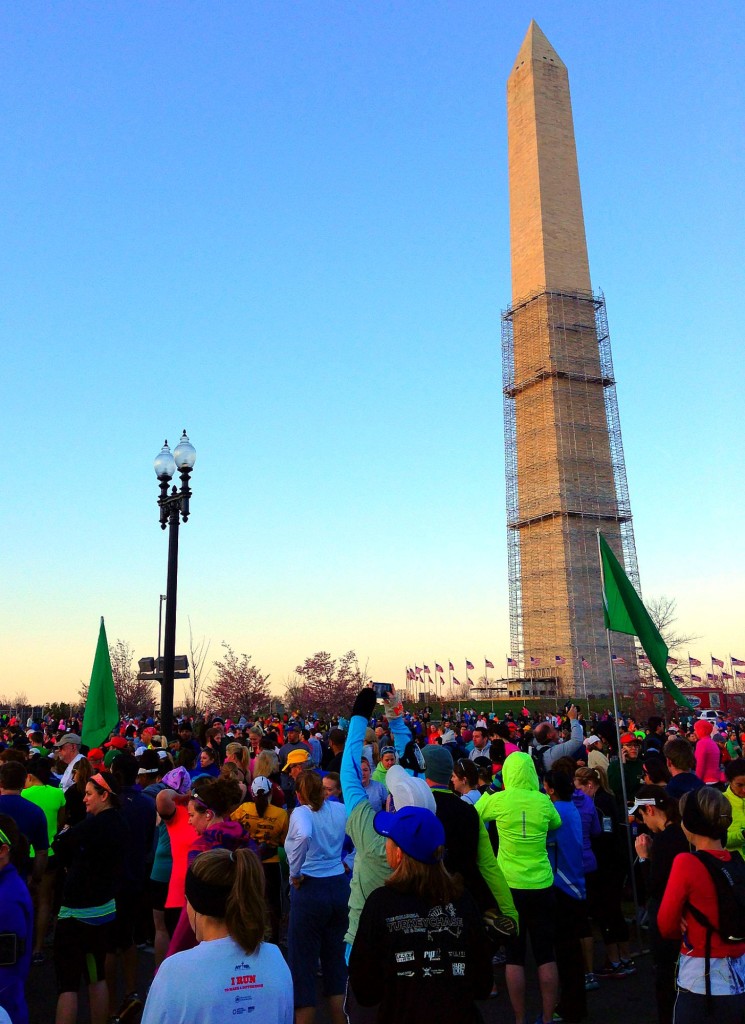 I enjoyed the run once we got moving.  It was pretty chilly that morning and until the sun came up, and we started moving, everyone was cold.  The nice part was that while not every tree got the message, the cherry blossom trees were starting to bloom!  Some of the views were quite epic as we ran past each monument and checked out each historic item along the race route.

On the other hand, I found that I’m not too excited about 10 mile races.  Like another colleague pointed out, and you can see from the video, there isn’t enough mileage so the runner density stays pretty high and doesn’t get spread out like it did in the Marine Corps Marathon and Pittsburg Marathon.  I hadn’t done much training for the event so I treated it as a fun run of sorts.

Not everyone can run 10 miles, even less do it with a camera on their chest.  This was the first video I’ve created from the new camera and I’m looking forward to seeing what else I can come up with.  I’ve even purchased the Head Strap Mount

to determine if it provides a bit better camera stability for videos while running.

I had a lot of fun running, the camera didn’t get in the way, and there was a great brunch afterward!  Exactly how every race should go! 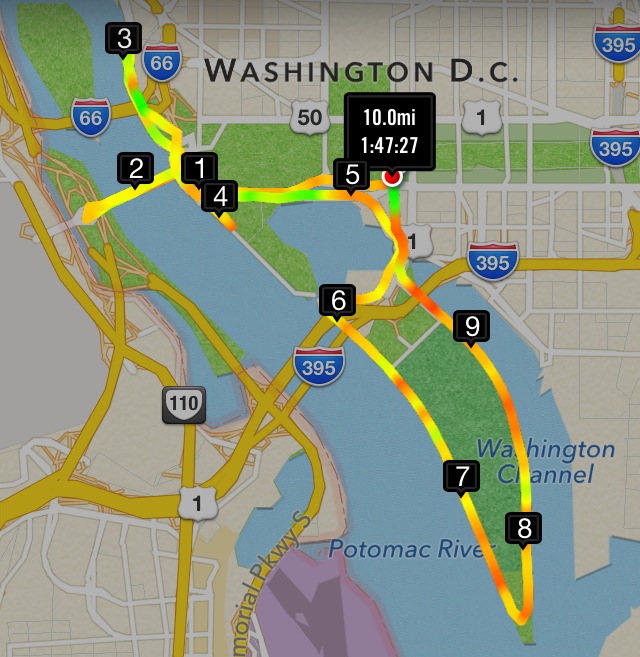